An Illuminating Guide for not Italians

“Prendiamo un caffè?” (“Fancy a coffee?”) is the standard Italian greeting. Coffee is so much a part of Italian culture that the idea of not drinking it is as foreign as the idea of having to explain its rituals. These rituals are set in stone and not always easy for outsiders to understand.

If you want respect Italian ritual the “golden rule” is to drink cappuccino, caffé latte, latte macchiato or any milky form of coffee in the morning, and never after a meal. Italians cringe at the thought of all that hot milk hitting a full stomach. An Irish friend of mine who has lived in Rome for many years continues, knowingly, to break this rule. But she has learnt, at least, to apologise to the barman.

You should expect thy coffee to arrive at a temperature at which it can be downed immediately. If thou preferer burning thy lips and tongue or blowing the froth off thy cappuccino in a vain attempt to cool it down thou should ask for “un caffè bollente”.

Never forget the “Holy Trinity” of caffè, cappuccino and caffé latte: caffè macchiato or latte macchiato – an espresso with a dash of milk or a hot milk with a dash of coffee (remember, mornings only!); caffè corretto: the Italian builder’s early morning pick-me-up, an espresso “corrected” with a slug of brandy or grappa; and caffè freddo or cappuccino freddo (iced espresso or cappuccino) – but beware, this usually comes pre-sugared. Thou mayst also ask for un caffè lungo or un caffè ristretto if thou desire more or less water in thine espresso.

Remember that in Italy coffee is synonymous with espresso. Ask for a coffee in a bar from Trieste to Palermo and you will be presented with an espresso. You may drink it seated (usually more expensive), or standing, al banco. Sugar is optional. Zero to one teaspoon rather than 25. But there are of course variations to the single shot. Espresso a technical term in Italian, not an everyday one. As espresso is the default setting and single the default dose, a single espresso is simply known as un caffè.

Some will add a spoonful of milk foam: the macchiato. It should not be confused with the similarly named bucket of milk and caramel available in other countries. Others will take their coffee long, adding warm water to the espresso, the Americano.

The Frappuccino does not exist as an option. Never. Bit Italy is become less traditional than in teh past. In Naples, thou mayst order un caffè alla nocciola – a frothy espresso with hazelnut cream. In Milan thou can impress the locals by asking for un marocchino, a sort of upside-down cappuccino, served in a small glass which is first sprinkled with cocoa powder, then hit with a blob of frothed milk, then spiked with a shot of espresso. In Sardinia the “caffe’ al ginger” (Ginger Coffee)  is becoming more popular than the traditional coffe.

In the south of Italy, during the warmer months, an ice cube may be added to an espresso. Or more precisely, an espresso can be poured over an ice cube but it is never blended with peppermint and cookies. Syrup is something you take when you have a cold. It is never added to coffee. However, in the north of Italy, coffee is sometimes “corrected” with liquor, il caffé corretto.

The preferred choice is usually grappa but it varies between regions. Other popular options include Sambuca, brandy or cognac. Some are known to even correct with limoncello or wine. While at football stadiums, the espresso shot is corrected with a liquor called Borghetti (empty bottles of which were thrown at referees back in the day).

Italians aren’t the only Europeans to tweak their coffee with liquor. Probably the most renowned such beverage is Irish coffee, a mix of whiskey and coffee topped with cream – although some may argue it ruins all three.

The closest Italians come to ruining coffee and making it excessively rich in sugar is with chocolate (or even Nutella in some households). But these are all usually branded as pudding, consumed at the end of a healthy Mediterranean meal not something to grab on the way to work.

One is the marocchino, which originated in Piedmont, and consists of a shot of espresso blended with cocoa and milk froth. Other more “imaginative” coffee drinking habits include the use of flavoured or whipped cream (originally an Austrian idea), pouring an espresso over ice cream – the affogato – or mixed into zabaione. But if you see someone in Italy topping anything involving milk froth with chocolate powder they are probably tourists.

These are the basics. There are then several subcategories. They primarily revolve around personal taste such as coffee to milk ratios, the optimal milk temperature – cold, warm, hot or tepid – and the choice of whether to consume an espresso in porcelain or glass (al vetro). And of course, some like their coffee decaf, “il deca”. This is coffee. Everything else is pretty much a soft drink.

Why are Marketing Automation Platforms Important for your Business? 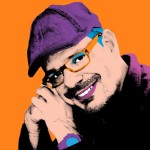 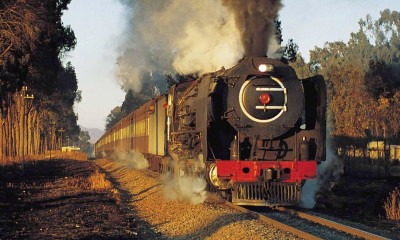 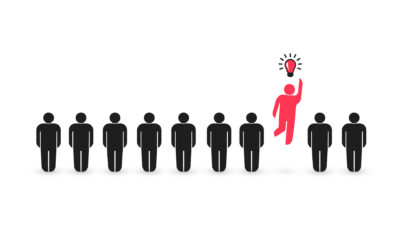